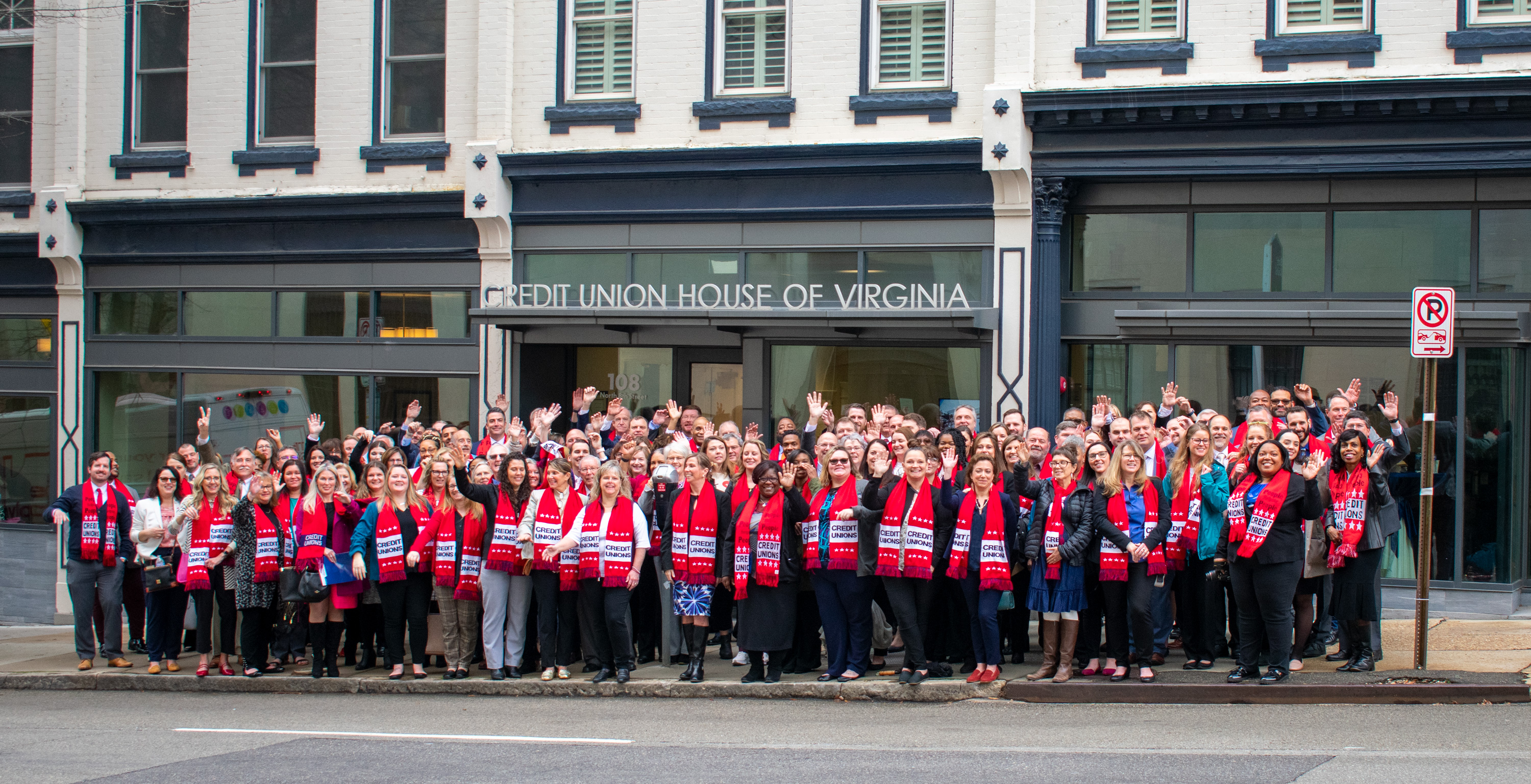 170 credit union representatives representing 38 credit unions joined us Richmond on Jan. 19 for Credit Union Day at the General Assembly. Through 50 meetings with lawmakers and legislative aides, we continued our lobbying efforts for our digital assets custody services bill, HB1727, and shared our good works in serving our members and communities.

More than 170 credit union advocates gathered in Richmond today for Credit Union Day at the General Assembly, lobbying for continued support of HB1727, credit unions' digital assets custody services bill, and showcasing the "Credit Union Difference" by sharing our service to members and our communities.

"We're delighted to have so many credit union advocates join us today in Richmond!" says League President/CEO Carrie Hunt. "Credit Union Day is a unique opportunity to educate lawmakers about what makes us the best choice for financial services for millions of Virginians."

HB1727 passed the House of Delegates yesterday and moves to the state Senate for its consideration.

During lunch at Credit Union House, we were joined by Virginia Attorney General Jason Miyares, who noted his appreciation for credit unions and their service to their members.