BayPort Credit Union announced the opening of three new branch locations. As part of the credit union’s continued commitment to convenience and service to members, the three new branches will open in March and April and are located in Gloucester, Chesapeake, and Virginia Beach.

“We are always looking for opportunities to better serve our existing members and spread the BayPort story to our communities. These new branches are a continuation of the people helping people, community-based banking that has been our mission for over 90 years. We are excited to open our three new offices with plans to continue to expand in Virginia Beach.”

BayPort continues to grow on the Middle Peninsula. The new Gloucester branch is located at 6723 Fox Centre Parkway in the Fox Mill Centre and opened on March 23. This new location provides a third option for members to bank, including the Hayes and Grafton branches. 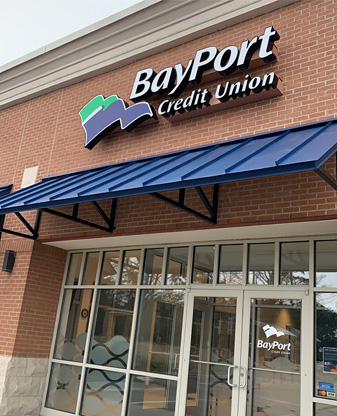 BayPort is expanding to better serve the Southside communities. The new Chesapeake branch is located at 1000 Cedar Road and will open on March 29. This is a relocation to expand BayPort’s previous South Battlefield branch. The new location provides members a drive-thru and more parking to make banking more accessible and more convenient.

The new Virginia Beach branch located at 750 Independence Boulevard in the Pembroke Meadows Shopping Center will open this April. BayPort continues to expand in Virginia Beach, with two additional branches slated to open in late 2021 and 2022. This growth will make a total of five Virginia Beach locations.

BayPort is the region’s only Community Development Financial Institution and a National Credit Union Administration (NCUA) Low-Income Designated Credit Union. Membership is open to those who live, work, worship, volunteer, or attend school in the Greater Hampton Roads area. BayPort is ranked in the top four percent of credit unions nationwide by asset size.

In 1928, nine shipyard workers from Newport News Shipbuilding formed an organization with a specific purpose as a low-interest source of loans and a trusted place to deposit money. Today, BayPort Credit Union is rated a Superior 5-Star Credit Union by Bauer Financial, managing $1.9 billion in assets and servicing more than 145,000 individuals and businesses with 25 branch locations across the Virginia Peninsula and Southside communities.