Sen. Tim Kaine Signs On as Co-Sponsor of CU Legislation 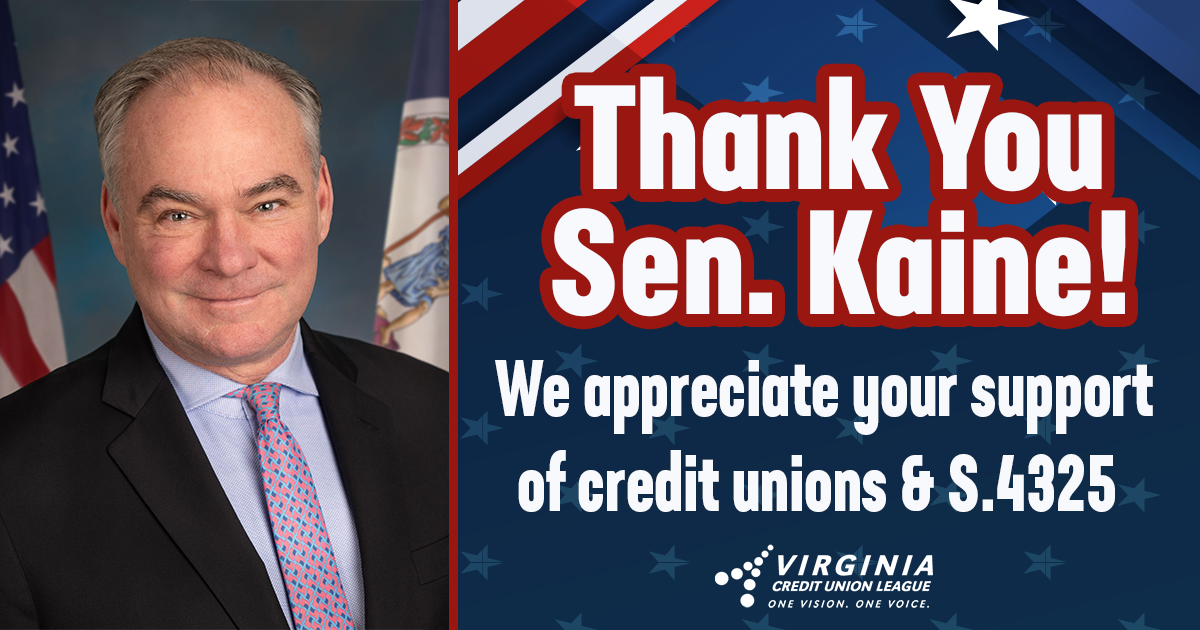 Sen. Tim Kaine has signed on as a co-sponsor of S.4325, the Credit Union Board Modernization Act.

In a meeting last month with credit unions and the League, Sen. Kaine signaled his support for the measure, which would change the requirement for federally chartered credit union boards to meet once a month to not less than six times per year for qualifying credit unions.

"We appreciate Sen. Kaine's support of this important legislation, which addresses and modernizes an outdated board meeting requirement and promises to reduce the regulatory burden on eligible credit unions, especially small credit unions and those located in rural areas," noted Virginia Credit Union League President/CEO Carrie Hunt. "Sen. Kaine's support of this measure is a direct result of our advocacy efforts and we appreciate the good work of credit unions who helped keep this issue in front of the senator."

Under current Federal law, federally chartered credit unions must hold monthly (12) board meetings. S.4325 provides well-run credit unions the flexibility to meet no fewer than six times per year, at least once per fiscal quarter. Credit unions in operation for less than five years and those with a low soundness rating would be required to meet on a monthly basis.

Offering federally chartered credit unions the flexibility to hold fewer board meeting might reduce the costs associated with Board meetings and may enable credit unions to attract younger, more diverse board members whose schedules often do not allow them to meet monthly.