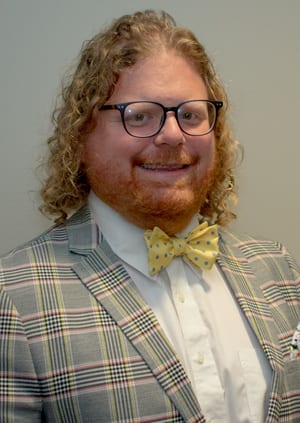 CeJae Vtipilson has assumed a new role at the Virginia Credit Union League following his promotion to Director, Grassroots Programs and Political Fundraising.

“CeJae has been an important part of our advocacy work for the whole of his five-year tenure at the League,” said League Senior Vice President and Chief Advocacy Officer David Miles. “From managing legislative events at the Credit Union House of Virginia to building our pool of grassroots advocates in his work with the Emerging Professionals Network, CeJae’s passion and enthusiasm for advocacy shine through.”

In his new role, Vtipilson will work to encourage credit unions’ participation in our legislative and regulatory advocacy initiatives, including Credit Union Day at the General Assembly, Hike The Hill events in Washington, and various local events. Vtipilson will also work to recruit new advocates and educate them about credit union issues. He will continue to manage legislative events at the Credit Union House of Virginia.

“Advocacy is central to everything we do at the League and I’m excited about the opportunity to be more involved in our work to advance the credit union industry and improve our regulatory environment,” said Vtipilson. “I look forward to working more closely with the many passionate, engaged advocates from all across the Commonwealth, as well as working to recruit new champions for credit unions.”

Vtipilson previously served at the League as Executive Assistant to the President/CEO and Manager of Credit Union House. Prior to joining the League, he worked for Fort Lee Federal Credit Union and served as a legislative aide to a member of the U.S. House of Representatives and a member of the Virginia General Assembly.

About the Virginia Credit Union League

The Virginia Credit Union League is the state trade association for the Commonwealth’s not-for-profit, member-owned credit unions. Through leadership, vision and the trust of our credit unions, the League is ensuring the growth, success and diversity of Virginia’s credit unions. Learn more at vacul.org.